The World Bank has revised Nepal’s economic growth forecast upward to 6 percent for this fiscal year. Earlier, the multilateral lending agency had projected Nepal’s economy to expand by 5 percent in 2016-17.

The growth forecast was revised upward as the “country is witnessing a broad economic recovery after a number of setbacks, including the earthquakes of 2015”, according to the World Bank’s latest report, ‘Globalization Backlash’.

“[Nepal’s] economic activity is recovering with growth expected to rebound to 6 percent in 2017 on the back of increased agriculture output, increased availability of electricity, and greater investment as the earthquake reconstruction gathers speed,” says the report. Nepal’s economy, according to the World Bank, expanded by 0.6 percent in the last fiscal year. 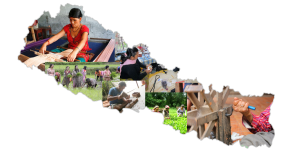 The above average monsoon rains and the smooth availability of agricultural inputs, particularly chemical fertilisers, is likely to significantly boost agricultural output, which makes a contribution of around 33 percent to the gross domestic product.

Recently, the Asian Development Bank (ADB) has also said Nepal’s economy may expand by up to 6.2 percent due to bumper agricultural output, prospects of a pick-up in post-earthquake reconstruction works, and an improving investment climate.

Also, growth in wholesale and retail trade activities, which make the second largest contribution to the GDP, is expected to be higher than in the last two years, because of hike in consumption due to steady, but slower, growth in remittance inflows, the ADB said