Why do schools have a massive pay gap?

Walk into any school and one thing is blindingly obvious.

The pay bill for teaching staff in a secondary school is at least half its expenditure. 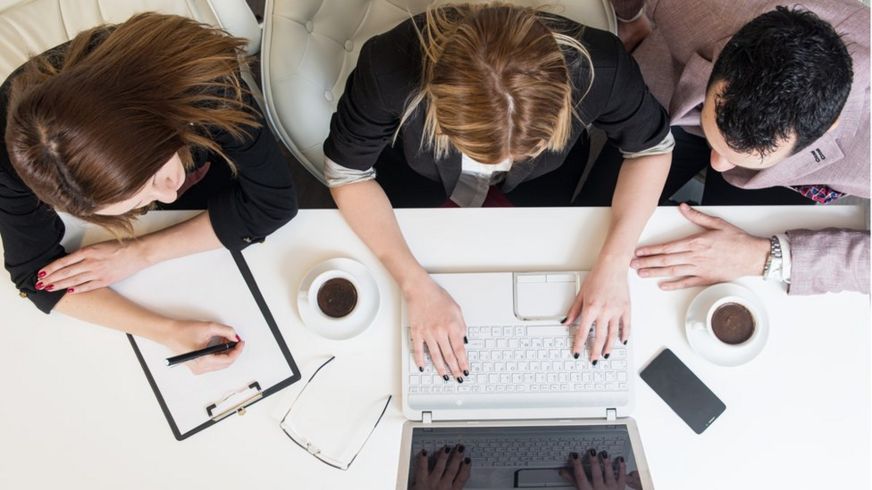 Yet 40 of the 100 companies with the biggest pay gap across England, Wales and Scotland - that have currently declared their figures - are primary or secondary schools, with 10 of those having a median pay gap of 50% or higher.

Employers with more than 250 staff are now publishing the data for their median average hourly pay for men and women. 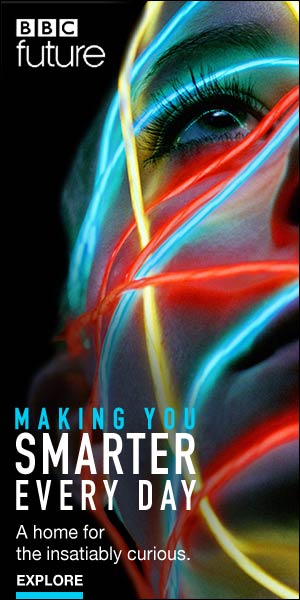 By law, all companies in Great Britain have to report their gender pay gap to the government by 4 April.

So far, 2,516 of an estimated 9,000 companies have reported their figures including 181 primary and secondary schools.

Of those, only 11 pay women more than men.

The figure used to define the gender pay gap is the median hourly rate for men and women.

It's the mid-point between the highest and lowest earners, and gives us an insight into how many women get into senior, well paid positions.

The gender pay gap is 59.8% in the median hourly rate between men and women.

The trust told us this was to do with the structure of its workforce and "no discrimination takes place between men and women".

The Ocean Learning Trust, which runs primary schools in the Bournemouth and Poole area, has confirmed a gender pay gap of 55%, but says it does not discriminate in any way.

And Batley Multi Academy Trust in Yorkshire, with a gap of 49.1%, said it had a large number of part-time employees in roles like housekeeping and lunchtime supervision. 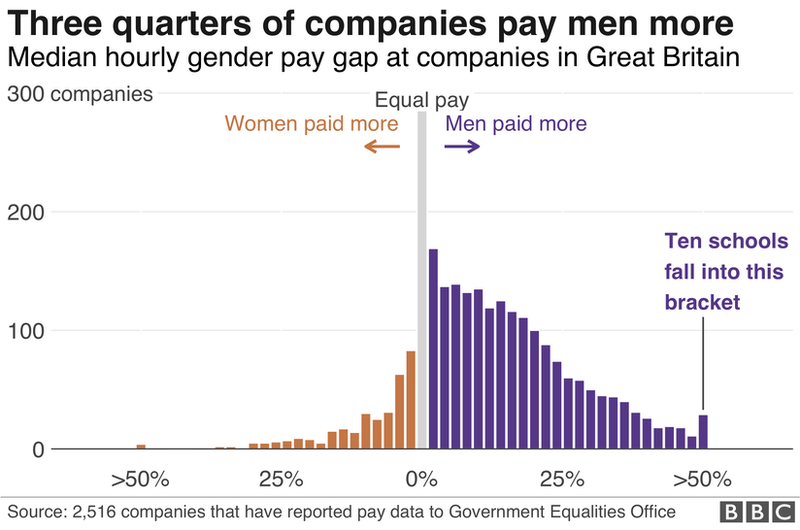 There is no doubt that more women end up in lower paid jobs, some of them valuable support roles, in schools.

But some schools have reported a gender balance in favour of women.

Women's median pay is greater than men's at:

So what does this mean for equal pay, the right of women and men to be paid the same for work of similar responsibility and requiring a similar level of skills?

The teaching unions remain concerned that government data shows male teachers are £900 better off, and men in leadership roles can be paid £4,000 more, than women doing similar work.

The National Association of Schoolmasters Union of Women Teachers (NASUWT) has called for the teachers' pay review body to look at the issue of their members taking their salary with them when they move schools.

The union says there is evidence that women are more likely to start on a lower salary when they transfer.

It says this accounts for some of the gender pay gap between teachers.

And all the unions have expressed concerns that women going on maternity leave are sometimes asked to wait to receive pay progression.

So what could be done to reduce the gender pay gap in schools?

Some serious thinking must take place into why women are less likely to end up running a school.

Women may not be making it to the top jobs for a variety of reasons.

Research by the National Foundation for Educational Research last year found only one in six secondary school teachers in England is part-time.

Part-time teachers are more likely to leave the profession, according to their analysis.

With so many women going into teaching, it suggests that secondary schools in particular need to look hard at helping female teachers through the most difficult years of having a young family.