How open data can help the Global South, from disaster relief to voter turnout

The modern era is marked by growing faith in the power of data. "Big data", "open data", and "evidence-based decision-making" have become buzzwords, touted as solutions to the world's most complex and persistent problems, from corruption and famine to the refugee crisis.

While perhaps most pronounced in higher income countries, this trend is now emerging globally. In Africa, Latin America, Asia and beyond, hopes are high that access to data can help developing economies by increasing transparency, fostering sustainable development, building climate resiliency and the like.

This is an exciting prospect, but can opening up data actually make a difference in people's lives?

Getting data-driven about data

The GovLab at New York University spent the last year trying to answer that question.

In partnership with the U.S. Agency for International Development (USAID), the non-profit FHI 360 and the World Wide Web Foundation, we scoured the evidence about what roles open data, particularly government data, can play in developing countries.

The results of our 12 in-depth case studies from around the world are now out. The report Open Data in Developing Economies: Toward Building an Evidence Base on What Works and How offers a hard look at the results of open data projects from the developing world.

Our conclusion: the enthusiasm is justified – as long as it's tempered with a good measure of realism, too. Here are our six major takeaways:

1. We need a framework - Overall, there is still little evidence to substantiate the enthusiastic claims that open data can foment sustainable development and transform governance. That's not surprising given the early stage of most open data initiatives. 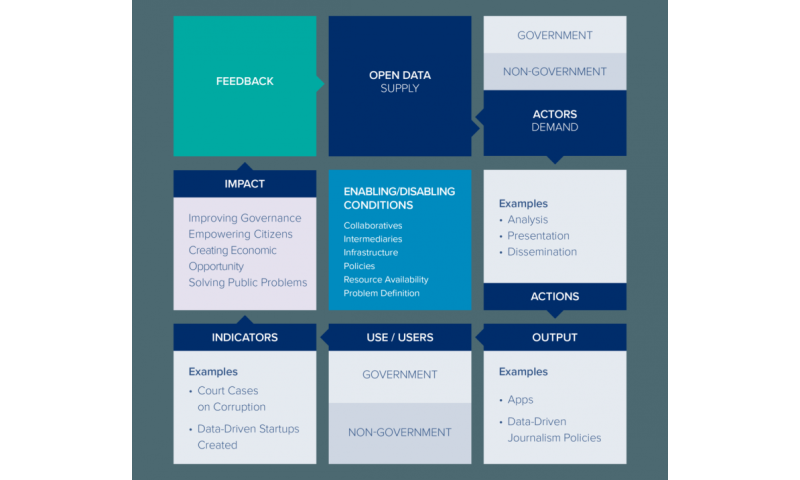 It may be early for impact evaluation, but it's not too soon to develop a model that will eventually allow us to assess the impact of opening up data over time.

To that end, the GovLab has created an evidence-based framework that aims to better capture the role of open data in developing countries. The Open Data Logic Framework below focuses on various points in the open data value cycle, from data supply to demand, use and impact.

2. Open data has real promise - Based on this framework and the underlying evidence that fed into it, we can guardedly conclude that open data does in fact spur development – but only under certain conditions and within the right supporting ecosystem.

One well-known success took place after Nepal's 2015 earthquake when open data helped NGOs map important landmarks such as health facilities and road networks, among other uses.

And in Colombia, the International Centre for Tropical Agriculture launched Aclímate Colombia, a tool that gives smallholder farmers data-driven insight into planting strategies that makes them more resilient to climate change.

Beyond these genuinely transformative experiences, we found several examples that ran into challenges.

A pair of education-information dashboards in Tanzania, for example, were launched with good intentions (to improve student test scores by empowering families with information on school quality). But lacking long-term strategies to scale and sustain their use and impact, these efforts soon fizzled out.

3. Open data can improve people's lives Examining projects in a number of sectors critical to development, including health, humanitarian aid, agriculture, poverty alleviation, energy and education, we found four main ways that data can have an impact.

Open data can improve governance, as it did in Burundi when the country made public its results-based financing system. By linking development aid to pre-determined target results, this information increased transparency and accountability. 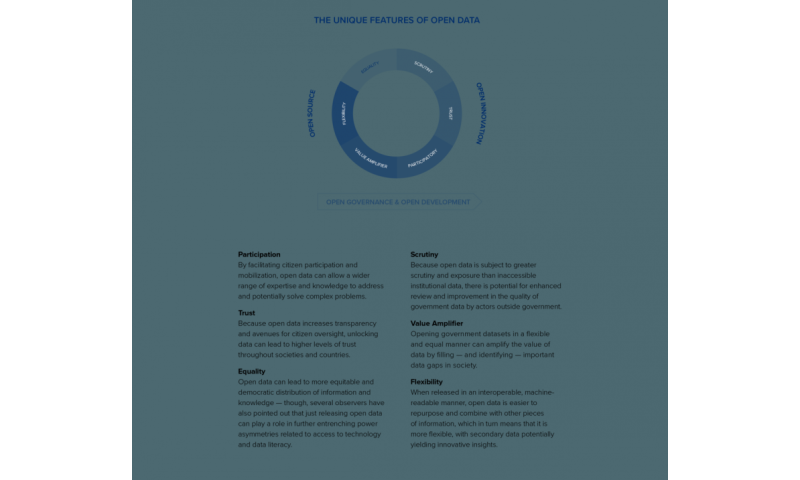 By enabling economic growth and innovation, data also has the power to create opportunities. In Ghana, the Esoko platform is helping smallholder farmers maximise the value of their crops by providing useful information about increasingly complex global food chains.

Finally, data can assist governments, NGOs, and citizens in solving major problems. Dengue has been endemic since 2009 in Paraguay. Recently, open data helped researchers develop a new tool for predicting outbreaks of the disease.

4. Data can be an asset in development While these impacts are apparent in both developed and developing countries, we believe that open data can have a particularly powerful role in developing economies.

Where data is scarce, as it often is in poorer countries, open data can lead to an inherently more equitable and democratic distribution of information and knowledge. This, in turn, may activate a wider range of expertise to address complex problems; it's what we in the field call "open innovation".

This quality can allow resource-starved developing economies to access and leverage the best minds around.

And because trust in government is quite low in many developing economies, the transparency bred of releasing data can have after-effects that go well beyond the immediate impact of the data itself. 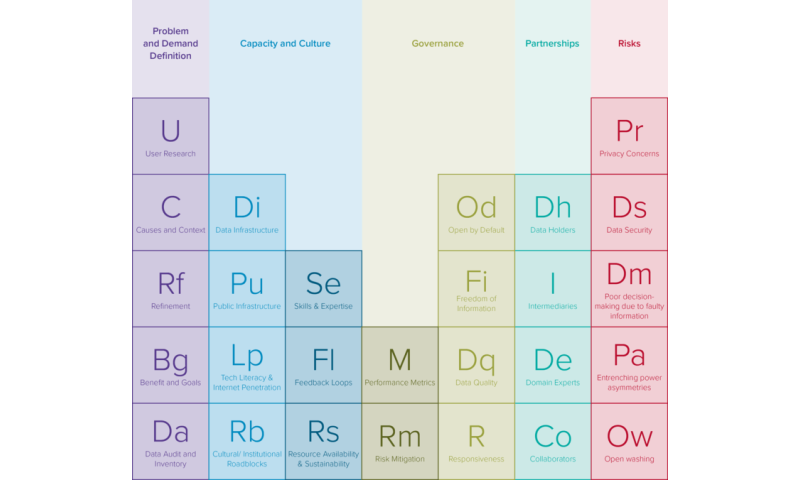 5. The ingredients matter To better understand why some open data projects fail while others succeed, we created a "periodic table" of open data (below), which includes 27 enabling factors divided into five broad categories.

For those who can truly unlock the potential of open data – from practitioners to policy-makers – this table could serve as a checklist of the factors and ingredients to be considered and addressed. Researchers assessing the impact of an open data project can also use it to determine what variables made a difference.

6. We can plan for impact Our report ends by identifying how development organisations can catalyse the release and use of open data to make a difference on the ground.

In short, while it may still be too early to fully capture open data's as-of-yet muted impact on developing economies, there are certainly reasons for optimism.

Much like blockchain, drones and other much-hyped technical advances, it's time to start substantiating the excitement over open data with real, hard evidence.

The next step is to get systematic, using the kind of analytical framework we present here to gain comparative and actionable insight into if, when and how open data works. Only by getting data-driven about open data can we help it live up to its potential.